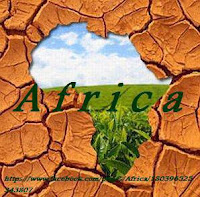 Today the first productive thing I did was drop of laundry at the laundromat. Then I made it to the office to fill out more endless letters of recommendation. I still have students who graduated in 2011 and took the first class I ever taught here coming to ask for reference letters. It seems most of my former students want to become lawyers although given the complete lack of enforcement of law here I am not sure how that will work.

Most of the day I spent working on a book chapter on the Soviet mass campaigns of arrest and expulsion of ethnic Chinese from the Soviet Far East during 1936-1938. I didn't get lunch until after three in the afternoon as a result. I had a chicken shawarma. Like all other food here it was Africanized meaning made spicy.
Posted by J. Otto Pohl at 11:59 PM

RE: "Most of the day I spent working on a book chapter on the Soviet mass campaigns of arrest and expulsion of ethnic Chinese from the Soviet Far East during 1936-1938."

How many ethnic Chinese did this involve, and where were they sent?

Were all of these multiple mass deportations just Stalin's idea in WW2 or is this all indicative of Russian racism beginning in WW1 against non-Russians supporting Stalin's wishes?

Seems like your research topic in history is about survival?

Altogether about 8,000 were expelled to western China a smaller number were deported to Kazakhstan. The deportations have roots in Russian racism going back to at least the 19th century.