Optimism is something that you acquire as a survival skill in Africa. I especially try to be optimistic when starting a new year which will happen in a couple of days. I am hoping that this next year that I can make some solid accomplishments.Converting those accomplishments into money, however, is another matter and considerably more difficult and less probable. Nevertheless, I am going to follow the advice of the quotation in the little square to the right here. If anybody has any suggestions on making this belief a reality please put them in the comments.
Posted by J. Otto Pohl at 1:00 AM No comments:

Today is Boxing Day which has an official status in most Commonwealth countries. When I was very young and first saw it on calendars I thought it referred to the sport of boxing. But, in reality it refers to boxing up left overs and giving them to the hired help.
Posted by J. Otto Pohl at 12:01 PM No comments:

Merry Christmas to the half a dozen people that will see this blog post.
Posted by J. Otto Pohl at 5:03 PM 2 comments:

The Revival of Internal Colonialism as a Scholarly Model?

Between about 1980 and 2009 or so it seemed that the concept of internal colonialism completely disappeared from contemporary scholarship. However, in recent years I have seen an increasing revival of the concept. I am not sure what to make of this. I personally think the concept is a lot more useful than most social science models. But, for what ever reason it wasn't very popular in the 1980s, 1990s, or the first decade of the 21st century. Its recent revival also seems puzzling since there doesn't seem to be any single origin or inspiration for the new crop of scholarship making use of the model. If anybody has any insights into the reasons behind this new interest in a model that had seemingly died in the 1980s please leave comment below. My own contribution to the use of internal colonialism as a model for understanding the relationship between marginalized ethnic groups and their surrounding society and ruling government is here.
Posted by J. Otto Pohl at 11:54 PM No comments:

The year is coming to an end. As with most years I did not accomplish as much as a I wanted to. But, I did get some stuff done which is a lot better than getting nothing done. Next year I am hoping to figure out a way to greatly increase my productivity. Apparently a decent raise with promotion does not occur until one makes full professor which requires more publications to get at the University of Ghana than at any other institution in the world. So I should really be aiming at writing at least one journal article a month next year. Otherwise I could reach the mandatory retirement age of 60 before I make it up through the ranks from lecturer to senior lecturer to associate professor to full professor. I applied for promotion from lecturer to senior lecturer in April but apparently that will only increase my salary by about $200 a month. Whereas reaching full professor would more than double it to about $2,000 a month. I would still be making only about 10% of what US based professors make. But, that is a lot better than the less than 5% I am currently earning. If I make a serious push I might be able to make it to full professor in another five years. I just need to publish a whole bunch and submit for the next promotion as soon as the last one is approved.
Posted by J. Otto Pohl at 12:05 AM No comments: 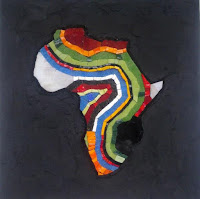 There are predictions that the recent violence in Burundi might escalate into a civil war or even another genocide like happened in neighboring Rwanda a little over twenty years ago. The African Union is threatening to intervene with a force of 5,000 peace keepers regardless of the wishes of the current government of Burundi. This in the wake of 87 deaths last week in an increasing spiral of violence. Since April more than 400 people have been killed in political violence in Burundi, 3,500 arrested, and 220,000 have fled the country. Violence of course is nothing new to Burundi which has been plagued by conflict between Hutus and Tutsis since gaining independence from Belgium. The silence by media, politicians, pundits, intellectuals, and others in the US is not new either. African lives just do not seem to concern them.
Posted by J. Otto Pohl at 8:30 PM No comments:

Yesterday was the 60th anniversary of the decree from the Presidium of the Supreme Soviet removing the last of the ethnic Germans in the USSR from the restrictions of the special settlement regime.

On Lifting the Restrictions on the Legal Status of Germans and Members of their Families, found in special settlements.

Having learned that the existing restrictions on the legal status of special settler-Germans and members of their families, exiled to various regions of the country, are no longer deemed necessary, the Presidium of the Supreme Soviet resolves:

1. To lift from the count of special settlement and free from administrative surveillance of the organs of the MVD Germans and members of their families, exiled as special settlers in the period of the Great Fatherland War, and also Germans - citizens of the USSR, that after repatriation  from Germany were moved to special settlements.
2. Establishes, that the lifting from Germans of the restrictions of special settlement will not lead to the return of property confiscated during exile, and that they do not have the right to return to the places from which they were exiled.


Translated to English from Russian by J. Otto Pohl.

I am wondering if maybe I should print out the better blog entries here and compile them into a book form. Or maybe print out the whole thing just to have it in book form? For me personally the journal like entries are the most interesting reread not the essays. Maybe I should make a couple of copies for family members? I am not exactly sure about the technical details that would be involved but I am pretty sure it is doable. If nothing else it could go into the family archives for anybody wishing to do research in the future. It is just an idea right now, however, I am thinking a bound copy of the blog would be nice to have around.
Posted by J. Otto Pohl at 12:45 AM 1 comment:

At this point this blog is a barely living dinosaur. It is the last politically reactionary blog written by a US citizen with a UK PhD in Oriental history in the world I believe. There were never very many academic right wing blogs. Academic blogs were for the most part dominated by the left and extreme left with almost all of the more moderate ones dying in recent years leaving only a few radical socialist group blogs still around. My readership was never large. But, it has gotten smaller as the years have gone by. It is now to the point where I can reach more people faster by e-mail or a phone call than I can with this blog. At this point I have completely given up on trying to get any readers other than the six I currently have. Other people on this planet who read English and have access to the internet obviously do not share any of my interests. If I wanted to be rich and famous I should have taken the opposite stand on everything from what I did. But, I am just too stubborn to do that.
Posted by J. Otto Pohl at 1:30 AM 2 comments: