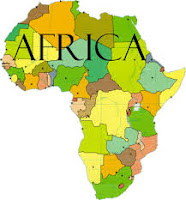 I am currently reading Samir Amin's Neocolonialism in West Africa which is nearly as old as I am. The economic problems and obstacles to development in the region he points to are almost exactly the same as the ones faced today. Unfortunately, the policies during colonial rule and the first decade of independence that created these problems are also the same as today. One crop primary commodities like cocoa for Ghana still dominate the various national economies of the region. There has been very little diversification and no successful move to either import substitution industry or value added manufacture export. Instead Ghana continues to rely excessively on the export of cheap raw cacao to fund the importation of virtually everything including basic food staples and things like toilet paper. It is kind of depressing to realize just how little real economic progress has been made in West Africa in my life time. There has been some growth benefiting the wealthy and politically connected classes that are closely associated with the Asian, European, Lebanese, and White South African owned companies that totally dominate the economy here. But, there has been no real development of any type of independent indigenous industry in the more than forty years since Nkrumah died.
Posted by J. Otto Pohl at 6:20 PM No comments:

The creation of modern nation states in Central Asia and the Arab Middle East bear some important similarities. In particular the carving out of a number of distinct nation states from imperial territory in the face of pressure to create a larger unified entity in both cases. In the case of Central Asia the Soviet government created the five distinct states of Kazakhstan, Kyrgyzstan, Turkmenistan, Uzbekistan, and Tajikistan from the territory of the Turkestan and Steppe governorates and the protectorates of the Emirate of Bukhara and the Khanate of Khiva that had been part of the Russian Empire (Park 1957 and Roy 2000). In the case of the Arab Middle East the British and French partitioned the Ottoman Empire into the League of Nation's mandates of Palestine, Transjordan, Mesopotamia, Syria, and Lebanon.  These territories later became the nation states of Israel, Jordan, Iraq, Syria, and Lebanon. In both cases there was the creation of five new nation states constructed from a much larger imperial territory that had common binding elements that presented an alternative vision of political organization. In the case of Central Asia there was the idea of Pan-Turkism or Pan-Turanism that would unite all of the Turkic speaking Muslim peoples of the region into a single state (Zenkovsky 1960). Although it was never clear exactly what role the Persian speaking Tajiks would play if any in such a state (Bergne 2007). In the case of the Arab territories of the Middle East the challenge came from the much stronger idea of Pan-Arabism which sought to politically unite all of the Arabic speaking Muslims and Christians of the region (Mufti 1996). The Arabic speaking Jews were excluded from this project as a result of the spread of the hostilities between the Arab Muslims and Christians in Palestine with the Zionist movement  into a larger Arab-Israeli conflict.  In both cases the larger pan movements lost out to smaller nation state formations.

Both the Soviet delimitation of borders in Central Asia as part of the larger project of korenizatsiia (indigenization) and the British and French partition of the Arab provinces of the Ottoman Empire as part of establishing the League of Nations mandate system involved the idea of guiding new nations towards self determination. In the Soviet case it involved the creation of national state formations, Soviet Socialist Republics, within the USSR that would serve this function. These SSRs were united under the leadership of Moscow in a socialist union with a single political and economic system controlled by a centralized Communist Party. Symbolically they had the trappings of sovereign nation states but had no real political or economic autonomy. They had borders, national languages, flags, and various government institutions to administer the rule of Moscow. They also had a host of cultural institutions in their indigenous languages promoting Sovietized versions of their culture. These included schools, universities, newspapers, magazines, theatres, museums, research institutes, radio broadcasts, and other similar media. To rule over these national territories the Soviet government actively promoted members of the titular nationalities in the local government and branches of the Communist Party of the Soviet Union (Glenn 1999 and Martin 2001). The state and party apparatus of each SSR was to be nationalized and eventually members of the local titular nationality came to dominate on this level even as the central government and head of the party in Moscow became increasingly more Russian and largely excluded Central Asians.

The League of Nation mandates of Syria and Lebanon under French administration and Palestine, Transjordan, and Iraq under British rule were all to become independent states with governments friendly to the former mandatory power. Except for Palestine they all did become independent nation states by the summer of 1946. Palestine as of yet has still not achieved independence as initially envisioned in the original League of Nations mandate. Instead the establishment of the State of Israel and the mass expulsion of over three quarters of the indigenous Arab population from the parts of Palestine that became Israel in 1949 has indefinitely delayed Palestinian national self determination (Sayigh 2007). As fully independent states albeit ones in which the former mandatory powers still exercised considerable influence their political and economic development differed from the Central Asian republics which had only symbolic and cultural national self determination and no real political or economic autonomy (Allworth 1999). The key questions of political rule and economic development in Central Asia remained under the firm control of Moscow even if these policies were executed by local Communist Party members belonging to the indigenous nationalities.

Development, defined as the creation of a modern industrial economy and the accompanying physical and social infrastructure became a key concern for both the newly independent Arab states and the USSR with regards to Central Asia. In addition to increasing the material standards of living these states also sought to improve education, health care, and access to modern expressions of indigenous culture (Wheeler 1964 and Amin 1980). The Soviet effort to develop Central Asia along modernist lines already began in earnest in the 1920s and greatly accelerated after 1928 with the first five year plan (Nove and Newth 1967). Despite setbacks during the 1940s due to the Great Patriotic War the 1950s again saw the return of a significant development agenda to Central Asia which continued into the 1960s and even 1970s.

One common feature of successful development both in Soviet Central Asia and the Arab states was the fact that both depended considerably on oil revenues. The most successful states in terms of development among those being compared in this article were Iraq and the USSR both of which produced and exported very large amounts of oil.  The huge profits from oil dominated both the Iraqi and to a lesser extent the Soviet generation of foreign exchange. This was particularly true during the 1970s following the massive increase in oil prices after the 1973 oil embargo by OPEC in response to the Yom Kippur War. A price increase that also benefitted non-OPEC producers such as the USSR (Shelley 2005). This allowed the Soviet Union to continue to boost the standard of living in Central Asia despite a massive slowdown in economic growth compared to the 1950s and 1960s.

The similarities in the construction of the Central Asian states in the USSR and the Arab states to come under British and French rule after the defeat of the Ottoman Empire as modern political entities have remained underexplored. This is in large part due to the reluctance of scholars to engage in comparative studies and an insistence on the uniqueness of the Soviet experiment . As such the Central Asian states have largely been excluded from larger discourses over post-colonialism (Moore 2001). Yet even a cursory examination of their recent political and economic history demonstrates a considerable number of significant similarities (Kandiyoti 2002). Certainly there should be far more comparative work on the history of the two regions in the near future.

Galal A.  Amin, The Modernization of Poverty: A Study of the Political Economy of Growth in Nine Arab Countries (Leiden, Netherlands: Brill, 1980).

Paul Bergne, The Birth of Tajikistan: National Identity and the Origins of the Republic (London and NY: IB Tauris, 2007).