New Publication on Internal Colonialism in the USSR

My article, "Colonialism in One Country: The Deported Peoples in the USSR as an Example of Internal Colonialism" has now been published by the Journal of Race, Ethnicity, and Religion, vol. 5, issue 7 (May 2004). It is heavier on the theory than most of my earlier pieces. But, I think it works well. You can find it for download at the journal's website  here. Any and all feedback and discussion are welcome in the comments of this blog post.
Posted by J. Otto Pohl at 2:43 AM 1 comment:

Something you will never see in a US university 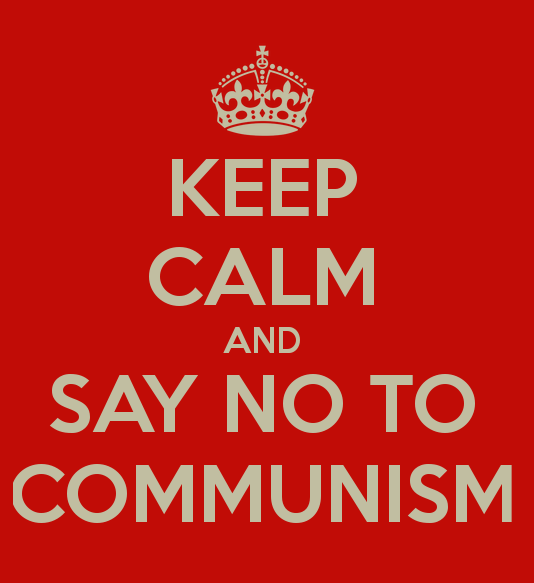 Communist regimes in the USSR under Stalin and China under Mao murdered tens of millions of people. Millions more perished under communism in Cambodia, Vietnam, Ethiopia, East Central Europe, and Afghanistan. Many of those killed such as ethnic Germans and Crimean Tatars in the USSR, Tibetans and Mongolians in China, and Vietnamese and Chams in Cambodia were deliberately targeted for persecution on the basis of their ancestry, that is their race. It is not a political system with a good record for human rights, civil liberties, or racial equality. It is fully comparable on these matters with systems like National Socialism or the worst excesses of colonial rule. Yet, the sign to the right here would never appear on the walls of any US university. With a very few exceptions, US academics refuse to recognize that there ever was any racial discrimination or genocide in the USSR under Stalin. The regime is militantly defended against these specific charges in a way that no non-communist regime guilty of these same crimes has ever been defended in US academia. Yesterday was the 70th anniversary of the racist genocide committed by Stalin against the Crimean Tatars. This crime was commemorated throughout Ukraine by ordinary citizens. On the other hand the standard orthodox line in the US university is that the whole sale deportation of nearly the entire Crimean Tatar population to Uzbekistan and the Urals where tens of thousands of them died was neither a case of genocide or even an act of racial discrimination. Can you imagine somebody denying that the Holocaust was a case of genocide or even racism by claiming Jews are not a race and still getting tenure at a US university? Yet that is exactly what has happened regarding people who deny the true nature of Soviet crimes against humanity.
Posted by J. Otto Pohl at 10:16 PM No comments:

I try to learn something new everyday

I am currently reading Chuck Klosterman's novel Downtown Owl: A Novel which takes place in North Dakota in fall 1983. Part of the historical background are the events leading to the 13 February 1983 shoot out in Medina between Federal Marshals and Gordan Kahl. I was not yet a teenager at the time of these events so I don't remember any news about them. Also I don't remember reading about them later. Most of my reading on North Dakota has been related to the fact that the state was a major destination for Black Sea Germans leaving the Russian Empire.
Posted by J. Otto Pohl at 6:49 PM 1 comment:

The end of an era

Today we had a departmental meeting. It was the last one chaired by the current Head of the Department. We have suggested a replacement to the administration now. I will be teaching Aspects of Early Modern European History and Aspects of World History 1914-1945 next semester. I also have three committee type assignments including continuing my current duties as coordinator for the departmental seminar. So it is more work than this semester, but not unbearable.
Posted by J. Otto Pohl at 5:51 PM 1 comment:

70 Years Since the Deportation of the Crimean Tatars

Sunday is the 70th anniversary of the deportation of the Crimean Tatars to Uzbekistan and the Urals. On 18 May 1944, the Soviet NKVD began the systematic round up of the Crimean Tatar population and stuffed them on to cattle cars bound for Uzbekistan. By 20 May 1944, more than 180,000 people had been loaded into train echelons bound east. The Crimean Tatars formed the largest nationality ethnically cleansed from the Crimean peninsula by the Stalin regime during World War II. Smaller numbers of Crimean Germans, Greeks, Armenians, Bulgarians, and Italians making up another nearly 100,000 people in total also met the same fate. A very large number of Crimean Tatars died prematurely in exile due to the poor material conditions in Uzbekistan and the Urals. Estimates vary from 20%-40% of their total population. It is certain that over 30,000 excess deaths resulted from the extreme poverty the Crimean Tatars endured in Uzbekistan and other exile areas. They also suffered under the legal restrictions of the special settlement regime which greatly limited their freedom of movement. These restrictions and exile were declared by the Soviet government to be permanent in 1948. The restrictions were removed in 1956, but the exile continued for the vast majority of the population up until 1987. Since 1987, many Crimean Tatars have returned to their ancestral homeland where they have struggled over issues related to their status as the indigenous people of the peninsula. The recent Russian annexation of Crimea has been largely opposed by the Crimean Tatars. Many of them believe that they will fare far worse under Russian rule than they did under Ukrainian rule.
Posted by J. Otto Pohl at 7:14 PM No comments:

Shortly after the Soviet military expelled the Nazi occupation forces from the Crimean peninsula, the Soviet government issued a decree falsely accusing the Crimean Tatars of mass treason and ordering their deportation to Uzbekistan. The State Defense Committee (GKO) issued Decree 5859ss on 11 May 1944 instructing the NKVD to resettle all Crimean Tatars in Uzbekistan before 1 June 1944. An English language translation of the entire decree can be read here. The actual deportation of the Crimean Tatars began exactly a week later on 18 May 1944. By the end of 20 May 1944, nearly the entire Crimean Tatar population of over 180,000 people had been forcibly removed from their ancestral homeland and put on trains bound for Uzbekistan, the Urals, and other distant regions. I will have another more detailed post up on 18 May 2014 to commemorate the day of the actual deportation.
Posted by J. Otto Pohl at 10:40 PM No comments:

Today is Victory Day in the former USSR. That is the anniversary of the victory over Nazi Germany. The Soviet victory over Nazi Germany was not a result of the efforts of Stalin or the CPSU. But, rather a victory brought about by the fighting men in the Red Army against Nazi aggression in defense of their various homelands in the USSR. As a result the victory does not belong to only Russians or even only the larger nationalities of the USSR. All of the Soviet nationalities including those wrongly accused of treason and collectively punished by the Stalin regime participated in the victory. Ethnic Germans, Koreans, Chechens, Ingush, Kalmyks, Crimean Tatars, and Balkars all received the Hero of the Soviet Union award (the highest honor possible) during the war in addition to thousands of Ukrainians and hundreds of other non-Russians. Crimean Tatar pilot Ahmet-Khan Sultan was in fact twice decorated as a Hero of the Soviet Union. Without the contribution of the non-Russian population of the USSR the Russians alone would not have been able to defeat Nazi Germany in 1945. Today there seem to be some elements of the Russian population who have forgotten this fact.

Soviet-Mennonite Writers of the 1930s

I just came a across a very interesting article today on Mennonite writers in Soviet Ukraine that were strongly supportive of communism in the 1920s and 1930s. They were part of a larger circle of ethnic German writers in Ukraine that were most active from 1930-1935 and centered around Kharkhiv. Foremost among the Mennonite writers producing work in a "socialist realist" vein during this time were David Schellenberg and Gerhard Sawatzky. As the article explains "Soviet-Mennonite writers were in the main committed Marxist-Leninists and sworn enemies of bourgeois capitalism." (Loewen, p. 38). Of course literature that did not follow these strictures could not be published in the USSR, especially during the 1930s when such writing was at its height. Ironically, Schellenberg died in Magadan in 1954 at age 51 and Sawatsky died in Solikamsk in 1944 at age 43. Sawatzky's major novel, Wir selbst (We Ourselves) was only published posthumously in the 1980s. Even strong ideological support for communism and the Soviet system under Stalin was unable to save them from early death in areas famous for housing concentration camps. Their German ethnicity condemned them to that fate and no amount of ideological support for the regime could have saved them.

This blog is going to be slowing down at least for a couple months. Right now I have a lot of personal issues that are taking up a lot of my time. These include recovering from minor surgery, finding a new place to live, and a whole host of other such problems that take up a lot of time and energy. So this blog which is probably past its expiration date anyways will not be getting as many posts as in the past.
Posted by J. Otto Pohl at 4:02 PM No comments: