A Short Summary on Racism in the USSR under Stalin

It is impossible to get into the heads of dead dictators and political police chiefs and frankly trying to do so is rather pointless. Intentions and motivations are in the big picture of things rather minor considerations compared to actual actions and their consequences. There is no doubt that the internal Soviet national deportations and imposition of the special settlement regime upon groups such as the Russian Germans, Kalmyks, Chechens, and Crimean Tatars was institutionally racist. The Soviet government singled out these and other groups for differential, unequal, and inferior treatment as collectives based solely on their membership in immutable categories based upon ancestry. It is also obvious that trying to convince people with an ideologically vested interest in seeing the USSR as superior to the US on the issue of race of the above truth is impossible.
Posted by J. Otto Pohl at 7:16 AM 1 comment: 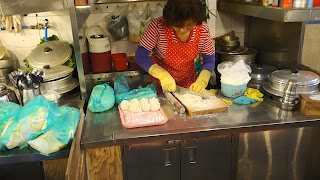 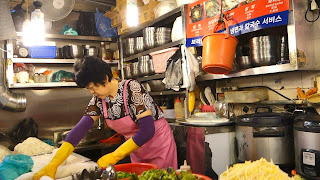 I was only in Seoul a week so my observations are rather casual. That plus I speak almost no Korean. I purchased a Russian-Korean phrasebook in Bishkek before going. But, it turns out a very large number of Koreans in Seoul, particularly young adults, speak pretty good English. At any rate I found Seoul to be a rather happening place. There is lots of commerce, lots of coffee shops, lots of noodle joints, and overall the place is quite clean and orderly. The freedom and high standard of living I saw in South Korea contrasts sharply with the picture of North Korea I gathered from reading Barbara Demick's, Nothing to Envy: Ordinary Lives in North Korea (NY: Spiegel & Grau, 2009). Demick's collective biography of six North Korean refugees that made it to South Korea by way of China paints an Orwellian society mired in poverty and the type of absurdity that only socialist regimes seem capable of imposing upon their subjects. Reading her account really drives home the radical differences in day to day life that governments can impose upon a single national culture. 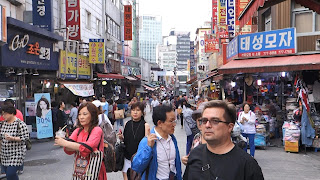 Okay, I have been very lax in updating this blog this summer. Mostly, I have been in Bishkek visiting my family. But, I did make a week long trip to Seoul, Republic of Korea, to deliver a paper on the 1937 deportation of the Koryo-Saram (Russian Koreans) at the Association for Asian Studies conference at Korea University. The food in Korea was absolutely fantastic. There is nothing quite like cold buckwheat noodle soup for breakfast served with kimchi, rice with red beans, and dried sea weed. Fortunately, there are lots of cheap and pretty good Korean cafes here in Bishkek. Unfortunately, there are none in Sulaimani. 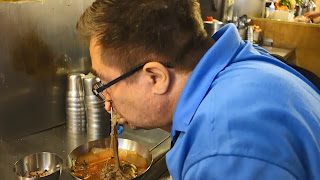