Who cares if it is a decent interval? I do not think the dead in Siberia care. 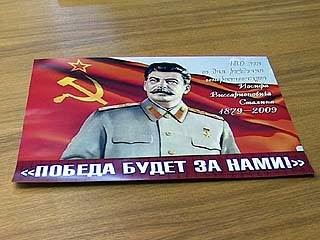 During the 20th century a large number of very influential cultural figures in the US were outright Stalinists who at one time supported every action of the Soviet government no matter how vile. The most recent member of this cohort to pass from the scene was folk singer and song writer Pete Seeger at age 94. Seeger was one of many Stalinists that dominated parts of American culture and intellectual life in the 20th century. The singer and actor Paul Robeson, the scholar and writer W.E.B. Dubois, the playwright Lillian Hellman, the noir writer Jim Thompson, mystery writer Dashiell Hammett and university professor Angela Davis were all like Seeger for a time members of the slavishly pro-Soviet Communist Party USA. Most of them during the period of time of Stalin's Great Terror in 1937-1938, Dubois and Davis joined considerably later. None of these people were stupid or dupes. So the usual excuse that they did not know just does not hold up. Instead there was something about Stalinism and especially its brutality that was extremely attractive to many US intellectuals and artists during the 20th century. Far more so than Fascism, Stalinism has attracted millions of people to support and cheer on some of the absolute worst crimes against humanity ever committed.
Posted by J. Otto Pohl at 1:58 PM

I don't think people like those you mention ever had much influence on anything. (Hammett and Seeger* were hardly "the unacknowledged legislators of the world.")

It bothers me as a lot more that people like Ken Galbraith and Arthur Schlesinger could go to the Soviet Union during the Reagan Administration and return claiming that it was doing well and represented a perfectly legitimate alternative to American-style government.
_____
*I emailed a musician friend the Times obituary of Seeger shortly after it appeared online and I slugged it, "Old Commie Dies, Nation Grieves." He was genuinely offended at my "insensitivity," as he'd known Seeger well and liked him.