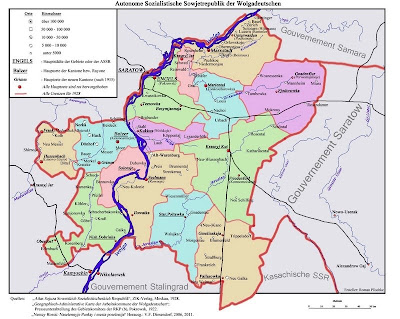 The joint decree of the Council of People's Commissars (SNK) and Central Committee of the Communist Party of the Soviet Union  (CPSU) ordering the deportation of the Volga Germans became finalized on 26 August 1941. However, earlier drafts of this resolution had already been circulated to the leadership of the NKVD and the first secretaries of the Oblast committees (Obkom) of the Volga German ASSR, Saratov Oblast, and Stalingrad Oblast before this date. A letter from 25 August 1941 by Beria, the head of the NKVD, to the Central Committee of the CPSU with the numerical designation No. 2514/B explicitly refers to an earlier draft of the 26 August 1941 decree ordering the deportation of the Volga Germans. The decision to deport the Volga Germans was thus made by the Soviet government before 25 August 1941. Below I have translated Beria's letter from Russian into English


This is in connection to your orders as presented in the draft of the resolution of the SNK and CC CPSU (B) on the orderly resettlement from the Volga German Republic, Saratov and Stalingrad oblasts.
The total local population subject to exile is 479,841 people, of this number from the Volga German Republic - 401,746 people, from Saratov Oblast -54,389 people, from Stalingrad Oblast 23,756 people.
Resettlement is to take place in the north-eastern oblasts of the Kazakh SSR, Krasnoiarsk and Altai krais, Omsk and Novosibirsk oblasts.
Attached is the accompanying draft resolution for the first secretaries of the obkoms of the CPSU (B): Saratov - tov. Vlasov, Stalingrad - tov. Chuianov, Volga German Republic - tov. Malov to familiarize themselves with.

People's Commissar of Internal Affairs for the Union of SSRs


So far I have not seen any copies of the draft referred to in this letter or any archival material on the deportation of the Volga Germans dated earlier than 25 August 1941. This letter by Beria appears to be the oldest surviving document pertaining to the operation to be unearthed by scholars to date.