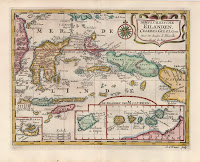 Yesterday the Dutch government finally apologized for the brutal atrocities its army committed in Indonesia during 1945-1949 when it reoccupied the archipelago after it declared independence on 17 August 1945. About 150,000 Indonesians versus 5,000 Dutch died during the war for independence during which the Dutch military employed summary executions and torture as routine instruments in its counterinsurgency strategy. The Dutch military regularly shot unarmed men in these summary executions. In some villages such as Rawegede in Java the Dutch killed the entire adult male population. In Rawegede this amounted to 431 men. The tactics of the Dutch military had more than a passing resemblance to those used by the Nazis to suppress partisan resistance in the countries they occupied during World War II. The Dutch were particularly vicious on the island of Sulawesi. From December 1946 to March 1947, Dutch soldiers under the command of Captain Raymond Westerling summarily executed over 40,000 Indonesians in the southern part of this island. There has never been any trials of any Dutch soldiers involved in the war crimes and crimes against humanity committed against the people of Indonesia.

Sources: Al Jazeera, UCA, and The Japan Times
Posted by J. Otto Pohl at 4:28 AM