How Many Corpses Can Dance on the Point of a Sickle and Hammer? 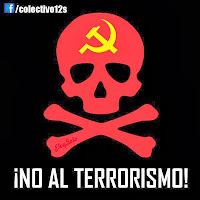 The number of Russian-Germans to die premature deaths from 1941-1948 in the USSR due to inhumane treatment is impossible to exactly ascertain due to the fragmentary nature of the available data. The very lowest estimate of excess deaths among the nationality during these years is 150,000-160,000 (Krieger 2013, 242). This would be slightly over 10% of the total population including those who managed to escape westward permanently and those born during these years. Other estimates are higher. Realistically, the total losses could have reached as high as 300,000. Although I am skeptical of figures that go beyond this because the existing archival data on the demographics of the groups simply does not support higher estimates. But, rather than hashing out the statistics and demographics of the number of premature deaths here, I think that it is perhaps time to move beyond this question. If you are really interested in it you can go see some of my previous efforts to address this question. We can be fairly certain that the number is between 150,000 and 300,000. We are never going to be able to establish an exact number for these losses. That type of information simply does not exist. Nor should this be surprising. Such a number does not even exist for the Holocaust which has been studied to a much greater extent than the Stalinist deportation of the Russian-Germans and their subsequent mistreatment as special settlers and labor army conscripts. From an historical point of view it does not matter a whole lot if the number of victims in this particular crime was 225,000 people or 250,000. Suppose a list of all such premature deaths could be found. How would it effect our judgement of the Stalinist regime or the wartime experience of the Russian-Germans? In point of fact it does not alter our interpretation of the nature of the USSR or the suffering of Russian-Germans in the 1940s at all. One either believes that the regime was evil and the treatment of the Russian-Germans criminal or one does not and neither opinion is dependent upon the exact number of corpses involved.