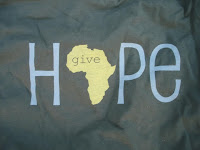 The semester is now over. My students took their final exam yesterday. Now I just have to grade them. This semester I only have 88 exams with three essays each to grade. There are some classes on campus with over  a thousand students. So grading should go faster than usual. Last winter break I wrote this article. This winter break I still have no idea what I could write on. I need a topic that I can write an article on in six weeks. I would also like to write on something new. After the constant rewriting of the forced labor paper for Ho I want to write about something other than the USSR for a change. I have couple of really embryonic ideas, but really nothing concrete. One would be to do a small version of this idea on state terror. I was thinking perhaps looking at South Africa and Ethiopia during the 1970s and 1980s for this project. Of course one problem is that I have no primary sources for either case. Nor can I read Amharic which means I couldn't do anything with the archival sources of the Ethiopian government even if I could get access to the documents. So that has limited possibilities. I have also thought about starting this project. But, that would involve a lot of expensive travel to the archives and I would like to get funding from somewhere first before I start spending that money. Another possibility I have thought about is doing something regarding the intellectual history of the ideas and concepts associated with the "Third World" and neo-colonialism. Perhaps writing a historiography of dependency theory and underdevelopment specifically as it relates to Africa. Please leave your suggestions in the comments below. Thank you for your time and effort in this matter. (Yes, I know I am not going to get a single comment, but hope springs eternal in Africa.)
Posted by J. Otto Pohl at 1:43 AM

I remember a while back you mentioned that efforts to boycott African chocolate were hurting Africans rather than helping them. Maybe something examining that issue as it relates to neo-colonialism?

Ghanaian public opinion and diplomacy re state and non-state terror in West Africa, 1991-2013.

Walt: Boycotts and other economic sanctions always hurt the population of the country targeted. Iraq is the most obvious, but it was also true regarding South Africa. It is whether the boycott is viewed as being a worthwhile sacrifice to enact political change that makes people support them. The ANC thought it was in South Africa. One of my colleagues will be presenting a paper on cocoa production at the Ho conference. It is what she wrote her dissertation on. However, I would rather do something more historical say before 1991.

Withywindle: That would be a good topic, but the dates are pretty close to present day. 1991 would have been two years before Rawlings officially moved to civilian rule. The height of state terror in Ghana was under his reign in the 1980s. The height in Nigeria was probably during the Biafra War which is a good example of the fact that the Cold War was more background than cause. Both the UK and USSR as well as the Arab states backed Nigeria while France backed Biafra. Of course Nigeria in the 1980s under Abacha was still no picnic.

Maybe I can combine the two ideas. That is how European powers backed regimes using state terror in Africa. That was one of the central themes of neo-colonialism harped on even by Fanon before most of Africa was independent.