The Difficulties of Comparative History 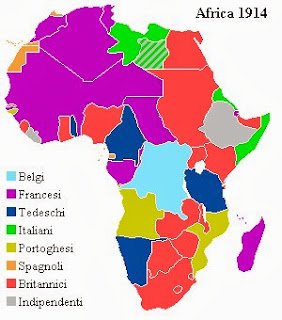 I am still revising my forced labor paper for Ho. I got some feedback from a colleague in California today that I will be incorporating. The paper has undergone four major rewrites now and is about to enter on its fifth. One major change has been the shift away from comparing colonial forced labor in Africa, particularly Mozambique and Rhodesia, to concentrate almost exclusively on the experience of ethnic Germans in the labor army in the USSR during World War II. The main reason for moving away from the comparison is that as I explored the Portuguese system of forced labor in Mozambique it became more and more difficult to make any relevant comparisons. My original hypothesis was that the two systems shared a number of broad similarities. But, on reconsideration these similarities really are almost too broad to make any insightful comparisons. Instead it looked more and more like I was comparing apples and oranges and saying that they both came from the tree of forced labor. Which does not tell us anything new. I am sure that people trying to write comparative pieces on revolution, genocide, and other similarly broad topics have also run into this problem. Trying to find specific similarities in the dynamics of the two systems of forced labor was hampered by the fact that I am only familiar with the primary source material in the Soviet case. I don't have access to the archival documents for the African cases and I can not read Portuguese. So already from the beginning the paper was doomed to be heavily imbalanced to the detriment of properly covering the African cases. It might be possible in the future to do justice to such a project. However, I think I would have to select case studies where I can read the primary sources for all the cases examined rather than solely relying upon journal articles written in English for one of the cases.

So now it is a much less ambitious project with a narrower and far less comparative approach. But, I figure it is better to talk about something I know about to an audience who knows nothing about it at the conference then to talk about something I know nothing about and the audience knows a lot about. Yes, that is the easier way out. On the other hand I only have so much time and effort I can devote to a conference paper and book chapter.
Posted by J. Otto Pohl at 2:59 PM