Love your mama not MAMA 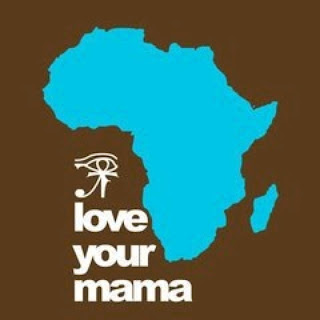 Robert Young has a great acronym in his book White Mythologies. It is MAMA (Male Anglo-Saxon Marxist Academia) which is an English translation of 'le marxisme analytique anglo-saxon' (Young, p. 3). It should of course not be confused with mama as in mother including Mother Africa, especially since MAMA almost completely ignore the contributions made by Africans to world history (Young, pp. 4-7).  You should love your mama, see the image to the right, but MAMA is a pathology that unfortunately dominates the US and a number of other countries. The extreme Eurocentrism of white English speaking Marxists even in places where they should know better such as South Africa is pretty glaring (Young, p. 8). Young is not the only scholar to note the unjustified exclusion of Africa and other parts of the world outside Europe and North America in the dominant academic discourse, a discourse largely controlled by MAMA. Reiland Rabaka has also commented on this phenomenon although unfortunately he does not use the acronym MAMA like Young does (Rabaka, pp. x-xi). As he points out the "conventional" critical theorists are predominantly "white, unmistakably Marxist and male" (Rabaka, p. xi). They are thus the MAMA that Young points out "defend the ideas of Marxist historicism without generally acknowledging the Eurocentrism of that narrative..." (Young, p. 3). He goes on to note that "a particular problem in Marxism hitherto almost invisible in Europe and North America, namely its implacable whiteness, its Eurocentrism, an orientation most clearly evident in the accounts of history offered in its name..." (Young, p. 4). One of course also sees this orientation replicated on the Internet with almost all Left wing academic blogs. The major ones all focus almost exclusively on issues relating to Europe and North America to the almost complete exclusion of Africa.