African Slavery in the Islamic World 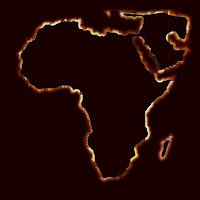 Slavery in Islamic Africa has been a fascinating subject to which many scholars have referred, but of which no detailed monograph has emerged. If the subject of Islamic slavery in Africa has failed to arouse the interest which has attended the trans-Atlantic slave trade to the New World, it must be said it compares with the latter in scale and scope, and outdistances the more popular subject in its length of duration. Indeed, so pervasive is the subject of slavery in African societies, that one cannot appreciate fully the social, economic or political dimensions of the African past and present without some reference to it. Moreover, slaves of African origin formed a vital thread in the living lines of economic production in the Near and Middle East and formed the cord of economic activity in Islamic Africa itself.