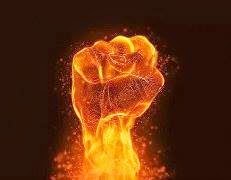 I am currently reading Frederick Cooper's Colonialism in Question: Theory, Knowledge, History (Berkeley, CA: University of California Press, 2005). In it there is an analysis of the 1947-1948 rail workers strike in French West Africa. He notes that:

As of 1946, the railway employed 478 Europeans, 1,729 Africans in the various cadres, and 15,726 auxiliaries. Many auxiliaries - treated as temporary workers even after years of service - did the same work as members of the cadres, but they lacked job security, paid housing, and other indemnities. (p. 220).


To me the auxiliaries sound a lot like various forms of contingent labor still used today including adjuncts at US universities. The primary demand of the strike was for the implementation of "a single, nonracial job hierarchy, with the same benefits package for all members, including the complicated supplements for local cost of living and family obligations." (p. 218). That is that all rail workers including the African auxiliaries as well as the African cadres be given the same pay and benefits as European workers. The incorporation of African auxiliary workers into the single cadre with European levels of compensation did not take place overnight after resolving the strike. But, by 1950 a full 30% of rail workers had been incorporated versus only 12% in 1947. (p. 225). The differential treatment of cadres and auxiliaries had been a key policy of colonial economic policy. The strike had been about forcing the French to institute in practice its officially proclaimed commitment to racial equality in the empire by transforming the colonial rail employment structure to the type that existed in metropolitan France (p. 225). The idea of permanent workers in the US, the cadres, striking to incorporate auxiliaries into their own level of compensation and benefits today seems far fetched. The idea of tenured "progressive" faculty at US universities striking like the African cadre did to incorporate adjuncts into their ranks is unimaginable.
Posted by J. Otto Pohl at 11:12 AM