Writing about the mundane? 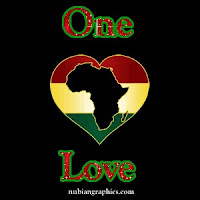 I am thinking about maybe trying to write something for commercial publication about my life and work in Ghana. I am not sure if there would be any interest by any periodicals in such a piece or not. Certainly, articles on life in Africa as normal rather than exotic are rather lacking in the US and other Western countries but, maybe such a piece would be different enough that I could sell it? I mean there has been some writing and film showing work and life in South Africa in this manner. Of course South Africa especially in cities like Johannesburg is much more economically developed and prosperous than Ghana. Nonetheless, in many ways Ghana even at its most mundane probably appears more exotic to many Americans than South Africa. In large part this is because there is not any settler population here with a standard and way of life comparable to North America or Europe. The population here is almost entirely black and the vast majority of them are not living nearly as well as most white people anywhere in purely material terms. On the other hand the stereotype of extreme poverty that many westerners have of Africa is for the most part not applicable to Ghanaians living in urban and especially exurban areas. If anybody has any suggestions leave them in the comments please.
Posted by J. Otto Pohl at 12:33 AM

I don't have any suggestions for a place to publish, but I would be very interested to read an article on that topic (I always particularly appreciate your posts on the day-to-day life of teaching in Ghana, the electricity, the difficulty with pay, the post about the tea/fruit drink). I don't know how many other graduate students are curious about/interested in being a professor abroad, but I do know that with the U.S. university job market collapsing that some are looking outside the country.

Thanks for stopping by Caitlin.