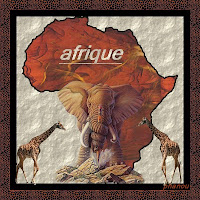 After many changes I have at long last finalized the seminar schedule for the History Department of the University of Ghana. We will have nine presentations by eight speakers from tomorrow through 13 November 2013, every Wednesday morning. Topics addressed will include intermediaries in South America, Chinese foreign aid to Ghana, and Afro-Brazilians in Accra. My presentation, The Soviet Labor Army Conscription of Ethnic Germans in Kazakhstan and Central Asia: Forced Labor in a Socialist State will be on 30 October 2013. It will be a longer and more detailed, but less edited and refined version of the paper I intend to deliver at the conference in Ho in January 2014. The paper will focus on the role of the state, political motivations versus economic rationales, ethnic targeting, and gender. I have a rough draft of the paper finished and have started editing it. Right now it still needs a lot of work including some fundamental restructuring. But, I think I can get it into decent shape by 30 October 2013.