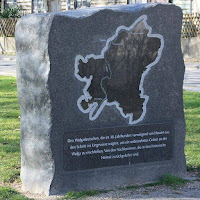 Next month will mark the 75th anniversary of the deportation of the Volga Germans followed by the remainder of the Russian German population west of the Urals to Siberia and Kazakhstan. The official date of the commemoration is 28th August in accordance with the Ukaz issued by the Supreme Soviet even though the CC of the CPSU and SNK (Council of People's Commissariats) had already passed a decree ordering the deportation two days earlier. Of the nearly 800,000 ethnic Germans deported in 1941 from European areas of the USSR eastward about half came from the Volga region including Saratov and Stalingrad oblasts as well as the Volga German ASSR. The other half came from eastern Ukraine, the Caucasus, Crimea, and various areas of Russia outside the Volga region including Moscow. I have written quite a bit on this blog and elsewhere about the deportation and subsequent life of the Russian Germans under special settlement restrictions and in the labor army. You can find those pieces by searching this blog. But, this August marks the 75th anniversary and I think perhaps something more is called for to honor the memory of the victims of this crime against humanity. So if you have any suggestions leave them in the comments below.
Posted by J. Otto Pohl at 10:32 AM

Will there be any ceremonies of remembrance in the former Wolgadeutsch lands? 75 years, it's past time. But I cannot think of a fitting tribute for all the dying and suffering.

How many people must die to satisfy Hell and State?

I would offer that the demons who planned, ordered and carried out this Crime against Humanity, and it was a War Crime too because it occurred during WW2, be tried in absentia if dead, otherwise put in the dock for trial. At least it would be a beginning for the incredible human costs. Restoration of all lands and real properties should come next for the surviving generations.

How can such a thing be brought to justice?

I do not have answers to these questions. That is why I asked for discussion in the comments.