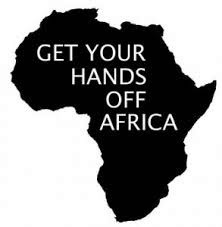 While the world has been focused on the horrible murder of 16 people in Paris, Boko Haram has murdered as many as 2,000 people this last week in an attack that nearly wiped out an entire town. I don't expect this to get nearly as much attention as the events in Paris despite it being a much greater number of people. African lives have never been as valued as European lives by most people in the US. The people murdered in Nigeria were not cartoonists, their murder was not for anything they did, but instead a massacre by Boko Haram to disrupt the current presidential elections. They were murdered not for drawing offensive cartoons, but merely for existing.
Posted by J. Otto Pohl at 8:26 PM

I read your blog in part to be reminded of how large the world is and how much is going on in it. It seems to be emotional proximity more than anything else that determines what people can focus on. In my Facebook feed, and in news online, there is much more about the situation in France; in my school, we have families from Nigeria, so there is a bit more awareness. I turned on the local news last night for the first time in ages and you would have thought there was nothing in the world except some guy in a stolen truck leading the cops on a low-speed chase.

I agree with you that Europe seems much closer to most white people in the U.S. than Africa, and so the coverage of the French murders has been much more aggressive than of Boko Haram in Nigeria. I will say that the media I follow (mostly NPR and the LA Times) covered the little girl-suicide bomb story first thing on NPR, and near the top of the int'l news in the LA Times today.

Part of this is also driven by the man-bites-dog factor: twelve Parisians murdered at work in the heart of Enlightenment civilization? That's news. Twelve or 1,200 Africans murdered at work? Boko Haram's viciousness and ruthlessness mitigates against further coverage of every outrage. (Unless they're making 10-year old girls suicide bombers, in which case, it's news again!)

The U.S. News media also have highlighted Goodluck Jonathan's curious passivity in the face of the ongoing atrocities in his own nation, while lending his voice of protest to the international chorus decrying the Parisian murders. It seems like a dubious governing strategy, to say the least.