Moving in a Cultural Direction 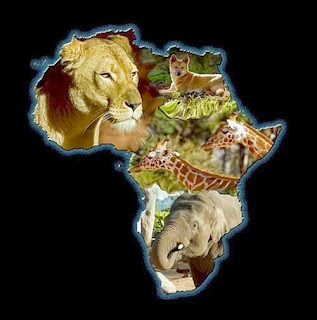 At this point I feel like I am largely writing this blog for myself since my site meter and comments show that I have virtually no readers other than those with the surname Pohl. The advantage of writing for myself and having almost no audience is that I am under fewer constraints in what I write. It is not as if my audience can shrink into negative numbers. So it makes no difference if nobody else in the blog reading world is interested in what I put here or not. The Internet is still largely dominated by White North Americans and Western Europeans so there is little interest in Africa or any of the other things I post on here. It would be nice if at least the intellectual and educated elite in the US would expand its interests beyond themselves. But, they are in fact the most parochial section of the population in Obrunistan. So I have concluded it is just best to ignore the tenured radicals at least until one of them pulls a Guzman and establishes a US version of Sendero Luminoso. In the meantime I think I am going to take this blog in a more cultural direction. Africa is a continent rich in culture, particularly music, which is a medium that is particularly easy to share on the Internet. I don't expect that many people on the net will share my enthusiasm for Zamrock, Ghanaian High Life, and Algerian Rai, but I no longer care either. It is not as if anybody not named Pohl reads this blog any ways.
Posted by J. Otto Pohl at 6:43 PM

I am having trouble with my password so this may be the third comment from me tonight. I check your blog more than any other blog, true I don't check many. Being of Mennonite heritage I am interested in your information especially on Russia where my grandfather left his parents and siblings in 1907. Hohendorf/Kalinino, Saratov. His grandmother died in Khiva, Uzbekistan in about 1886 (I have visited there). But I an ok learning about African culture. And I find some of your comments about humanity in general resonate as well. I do fit into the white American category.

I have some posts on Mennonites and a few on Khiva. But, only one mentioning both. It was posted on 12 June 2006 under the title "Mennonites." There is also some information about Mennonites in Khiva in the comments of the post from 10 June 2008 under the title "Mennonites in Kyrgyzstan (Tsarist Times). Although it deals with the 1935 deportation to Tajikistan rather than the 19th century. But, I don't have a lot on Tsarist Russia as opposed to the USSR on here.

Since I stopped writing on my previous research my readership has dropped from 75-200 a day to 0-2 a day, so don't feel alone.